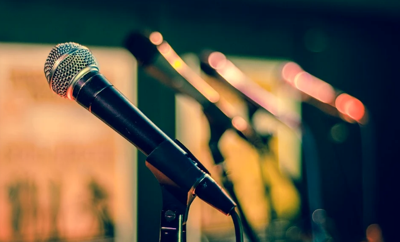 The Chickasha Economic Development Council will be offering $500 sponsorships to venues in the Chickasha City limits that book local musicians in the month of June.

“We are trying to help the businesses that have been impacted the most during this health crisis and that includes our local musicians,” said Jim Cowan, EDC Director.

The EDC will again be partnering with the Chickasha Chamber of Commerce in yet another plan to help the local economy recover. The Chamber will create a live music calendar for June to help residents know what band is playing at what venue.

The EDC and Chamber started with Restaurant Bingo in April, then added #ShopChickasha in May. The recovery plan encourages local residents to support Chickasha businesses by rewarding them with gift certificates that the EDC purchased from the merchants. Over $30,000 in gift certificates are scheduled to be purchased and then given away.

Chamber President Cassandra Ersland remarked, “There’s never been a more important time for all of us to support our local merchants.” The Chamber and EDC recently launched a grass roots marketing campaign that includes shirt stickers, yard signs, car decals and a T-shirt that all promote #ShopChickasha.

Merchants that would like to apply for a Tunes in Junes sponsorship should contact Jim Cowan or Tamara Carlson at the EDC office, 405-224-0787 or by email jim@chickashaedc.com or tamara@chickashaedc.com.

For more information on #ShopChickasha contact the EDC or Chamber office.